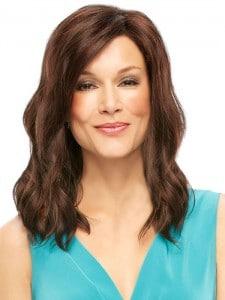 You are your hair.

Throughout this season of democratic primaries, candidates have worried what their hairstyles say about them and pundits have discussed candidates’ hairstyles at length.

However, as important as hair may be to male politicians, it is far more important in women’s lives, according to Arizona State University sociologist Rose Weitz.

“Hair is huge,” said Weitz, who has just published a major sociological examination of this popular subject, Rapunzel’s Daughters: What Women’s Hair Tells Us about Women’s Lives (Farrar, Straus and Giroux). The book is based on historical research, observations at hair salons, interviews with 74 girls and women and a variety of focus groups. Weitz’s study examines hair’s relationship to sexuality, age, race, social class, health, power, and religion, among other things.

In a description of her book, Weitz notes the following anecdote: Speaking to the 2001 graduating class at Yale College, Hillary Rodham Clinton remarked, “The most important thing I have to say today is that hair matters. Pay attention to your hair. Because everyone else will.”

“Hillary was right,” Weitz notes. “Our hair is one of the first things others notice about us and one of the primary ways we declare our identity to them.”

According to Weitz, hair can play this role for three basic reasons. “It is personal, growing directly out of our bodies,” she said. “It is public, on view for all to see. And it is malleable, allowing us to change it more or less at whim. As a result, it’s not surprising that we use our hair to project our identity and that others see our hair as a reflection of our identity.

This is especially true for women. “Hair, and appearance more generally, matters in everyone’s lives, but especially in women’s lives,” she said. “There is a wealth of research data that says that attractive people, but especially attractive women, get better grades in school, more dates, more marriage proposals, higher salaries, better job offers, and so on.”

For those who doubt that hair could really be that important to anyone, consider the universe of hair consciousness that Weitz uncovered in quizzing interviewees on seemingly trivial aspects of hair behavior, like hair “flipping.”

“What does it mean when a woman flips her hair?” she asked. “Sometimes it’s just an instinctive action, used simply to get the hair out of one’s eyes. But other times women use the flip completely consciously. One woman sent me a two paragraph describing exactly how she flips her hair, including the glances she gives first to make sure she is in her target man’s field of vision, the angle at which she holds her head, and the direction in which she pulls the loose strands, all designed to catch his interest without seeming too obvious.”

Because hair is seen as such a powerful indicator of identity, Weitz has found that it offers a rich way for sociology to examine the many dimensions of women’s lives. Weitz finds in hair telling details about race and class distinctions, and about how women approach power relationships.

“I know a local utility company,” she said, “where there is no woman over a certain level in the administrative hierarchy who has hair that even touches her shoulders. As Melanie Griffith said in the film working girl, ‘You wanna be taken seriously, you need serious hair.'”

Rapunzel’s Daughters opens with a chapter on the history of women’s hair. The other chapters explore how girls are socialized to focus on their hair, how teens use their hair to create their identities, how hair affects women’s romantic and work lives, and how hair loss and graying hair affect women’s lives. She also includes a chapter on the role of hair salons and stylists in women’s lives. Throughout, she explores the pleasures as well as the pains of our obsession with hair.

“Hair allows us to look at the world around us and see all sorts of things that are so part of our lives that we never really think about them,” Weitz said. “That’s what I’m trying to do in this book – to make our culture visible to us.”