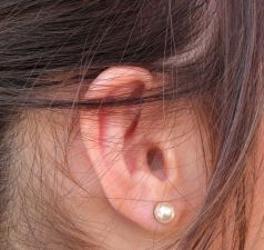 Womens Hair LossWomen suffer more intensely from hair loss than from men. However, a lot of progress has been made in diagnosing the underlying cause of hair loss specifically for women.

There can be a wide range of causes for the loss but one well-known cause is Polycystic Ovarian Syndrome (PCOS).

PCOS is known to impact nearly 60 per cent of women worldwide now have some degree of PCOS.

PCOS is a hormonal disorder which can definitely cause hair loss, a range of scalp and skin problems as well as leading to infertility. It’s even found among school children. PCOS is tied to excess androgen.

Confirmation of PCOS is done through an ultra sound scan which shows multiple small cysts which are old unruptured follicles with eggs in both the ovaries. The abnormal hormonal ratio by increase in LH:FSH ratio more than one can be established by a lab test on day 2 of the cycle.

Known symptoms include, but are not limited to the following: 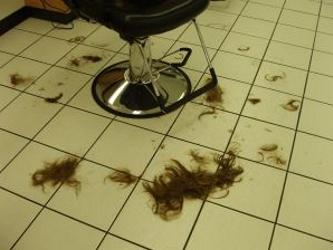 Clippings of hair on the floor 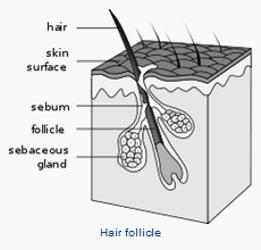 Researchers noted that other possible symptoms of PCOS may include a flaking or compromised scalp. The most common symptoms are irregular periods, weight gain, facial and chest hair growth as well as adult acne.

According to Reuters Health, Danish researchers have determined that a diet high in the ratio of protein to carbohydrates can help women suffering from PCOS.

In an online paper in The American Journal of Clinical Nutrition, Dr Sorensen of the University of Copenhagen and colleagues note that most dietary interventions for PCOS have focused on energy restriction. Indeed, many women with the condition are obese.

Because the Danish team wanted to know whether replacing carbohydrates with protein might be helpful, they recruited 57 women and assigned them through rank minimization to eat either a standard or high-protein diet. Neither group had any kilojoules restriction. 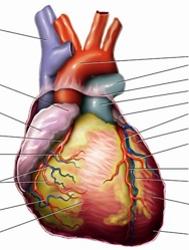 More than half the women dropped out over the course of the six-month study. Seven women left because of pregnancy; another 23 did so for other reasons, leaving 27 to be evaluated.

The high-protein diet also led to greater decreases in glucose, which persisted after adjustment for weight changes. This positive effect was thus independent of weight loss. 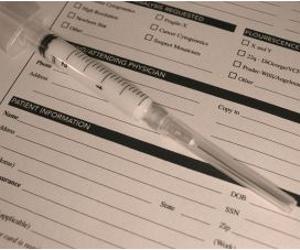 Lab TestsSumming up, Dr Sorensen said, “This study shows that it is not necessary for PCOS patients to follow energy-restricted diets because protein satiates so well that a high protein diet will induce a spontaneous reduction in energy intake.”

There is as yet no cure for PCOS, but experts who specialize in women’s hair loss issues have experienced positive results with hormonal treatments, nutrition and exercise.

Some experts have noted there is also no guaranteed way to get hair which has already been lost to regrow. The only known way to minimize hair loss is to prevent it through early diagnosis and treatment.

If you’ve noticed an ongoing change in the condition of your hair or scalp and are troubled by other symptoms of PCOS, its worth visiting your primary physician for an accurate diagnosis through the tests referenced above.

It’s important to be treated if PCOS exists. Why? More than 50 per cent of women with PCOS will have diabetes or pre-diabetes around the age of 40-50 years. Also, the risk of heart attack is 4 to 7 times higher in women with PCOS than women of the same age without PCOS. Why? women with PCOS are at greater risk of having high blood pressure and have high levels of LDL (bad) cholesterol and low levels of HDL (good) cholesterol.